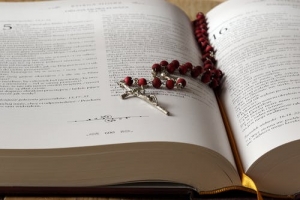 When starting to write a book, most authors already know how it will end. Of course, in the course of the development of the plot, everything can change, and the result of the manuscript will turn out to be somewhat different than originally intended. But the main thing is that it should have the desired effect on the audience, not leave readers feeling dissatisfied or bewildered. Therefore, the competent completion of the book is the most important part of the work of a writer. How to finish your work with dignity and vividness.

You can finish your creation in one of the following ways:

Often, prose with a closed ending ends with an epilogue, in which the results are summed up, the main and secondary storylines are completed, and what happened to the characters further is told.

What other finals are there? 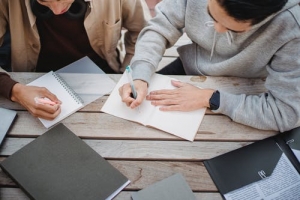 Also, book endings can be false, when it seems that the intrigue has been resolved, the future of all the characters is extremely clear, the villain is defeated, etc. Behind the imaginary ending, the present appears, which can completely erase the false. The intrigue enters a new round, one of the characters suddenly dies, the real villain remains free, etc.

Sometimes the ending turns out to be indefinite, implying multiple interpretations. In a detective story, either one or another character can be a criminal, and the reader must decide for himself who the real villain is. Or the hero finds himself at a crossroads, and his subsequent actions can only be guessed at. However, writers rarely force their audience to think up something on their own. They either write a closed ending, or they write a sequel that clarifies the future of the characters.

In addition, the book can end with a return to the beginning, looping the plot and once again pronouncing the main idea raised in the first pages of the text. Usually this technique is used in short stories and short stories, rather than voluminous novels and multivolume sagas.

Quite often a manuscript ends abruptly, suddenly. The main danger of such a move is that the ending may seem crumpled.

For example, characters prepare to fly into space and build a spaceship, overcoming all sorts of external and internal obstacles. And now the ship is ready, the astronauts sit in it and … everything ends.

The plot culminates and ends immediately, as if the adventure is just beginning, but no one will know about it. It is undesirable to complete your work in this way – it will leave the audience with a feeling of understatement.

Books with unexpected endings have the greatest effect on the reading public. These are not only detective stories, where the identity of the criminal is hidden until the last, but also stories and novels of any other genres.

Wanting to wow audiences, many creators end their manuscript with a contrived twist – a sharp plot twist that changes the perception of what is happening in the style of the films “Sixth Sense” or “Others.” But even if you have come up with the most original twist in the history of literature, it is better to refuse it if it conflicts with the logic of the previous text.

Another problem for aspiring prose writers is the inability to stop in time. The author is so fond of his characters that he does not want to part with them. And the ending is all postponed and postponed, although the key conflict has already been resolved. In this case, it is worth leaving the groundwork for the continuation and returning to the same characters with a new story.

What to do if the story never ends 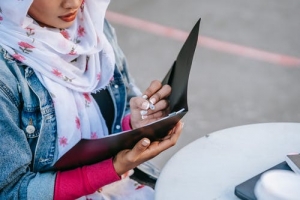 It happens that a writer cannot complete a manuscript, not because of unwillingness to say goodbye to his favorite characters, but because he simply cannot compose a worthy ending. In this case, you need to return to the beginning of your creation, remember what it was actually written about, and what thought do you want to convey to the reader – just transfer it to another world, teach something, make you think about something? Based on the main idea of ​​the book, and write its end.

And it will not be superfluous to look at the events described through the eyes of key actors. How did they develop throughout the story, who did they eventually become, what did they achieve? This will also help you come up with a suitable ending for your characters.

Keep in mind that a bad ending – contradicting the logic of the story, crumpled, far-fetched, or simply ridiculous – can spoil the impression of the entire book. Don’t disappoint your reader – be able to complete your text logically and on time. And if you plan to write an entire book series, finish each volume so that the audience is looking forward to the continuation – effectively and moderately dramatic.

Accounting Ethics… Review Paper and revise changes. Descriptions of the scene in a book
Scroll to top
Open chat
Need Help?
Need Help? You can contact our live agent via WhatsApp +1(209)962-2652
Feel free to seek clarification on prices, discount, or any other inquiry.